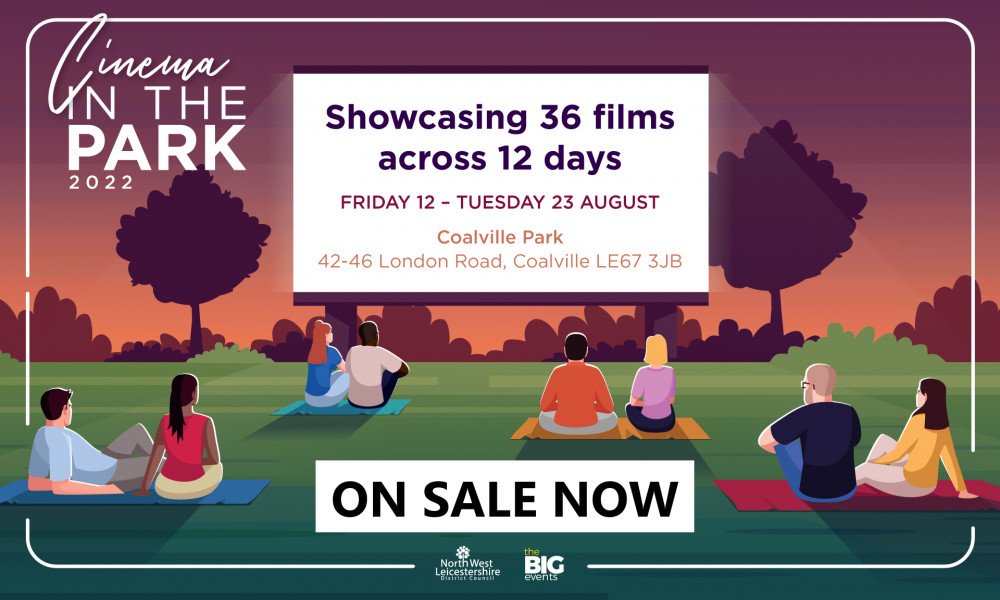 Bohemian Rhapsody, Grease and The Lion King are among the films that will be appearing on the big screen at Coalville's Cinema in the Park next month.

The line-up for the outdoor cinema has been announced and film fans can now book tickets for the event at Coalville Park.

Other films include children's classics such as Moana, Frozen and The Incredibles.

There will also be something for Marvel fans, musical lovers and blockbusters such as Dirty Dancing and Pretty Woman.

Details of the closing night film are currently being kept under wraps, but it is hoped that the event will end with a show-stopping finale.

Tickets are £3 per person, and free for children aged two and under. For the full line-up and tickets, click HERE.

Last year's event was a big hit with the Coalville public

Organisers of the event, North West Leicestershire District Council (NWLDC), will be giving away two sets of four tickets with a competition on its Facebook page, @ThisIsNWLeics.

During the event, food and refreshments will be available and customers are encouraged to bring their own seats and blankets to sit on.

Parking is available in the town centre and blue badge holders will be able to use the accessible spaces at St. Wilfred's Church car park.

Cllr Tony Gillard, Portfolio Holder for Business at North West Leicestershire District Council, said: "We're really pleased with the line-up for our Cinema in the Park event as there really is something for everyone.

"We've got 80s and 90s throwback classics and a good mix of children and family friendly films.

"There's even something for musical lovers and Marvel fans and then there's the blockbuster hits for everyone in between.

"Tickets are now on sale so go and get them booked – we look forward to seeing you all there!"