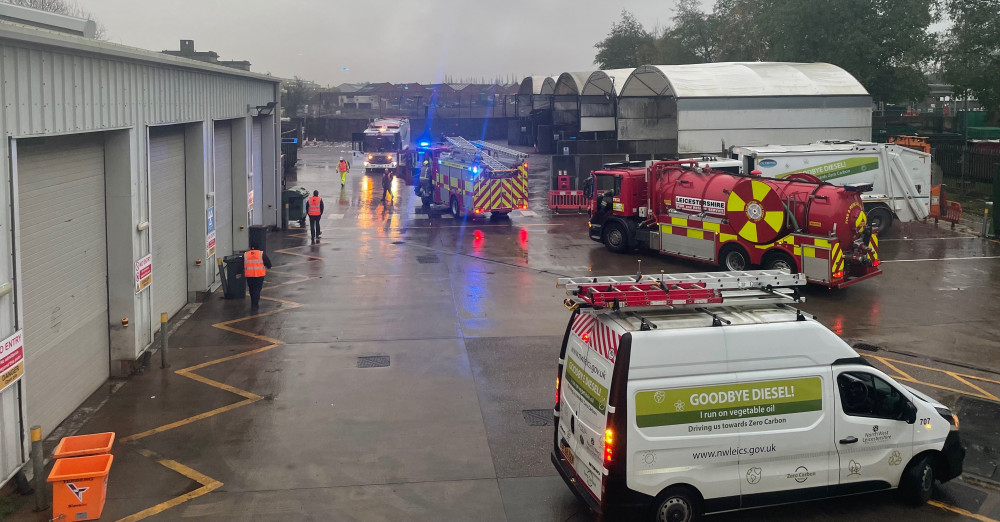 A smoking bin lorry had to be escorted by fire crews through Thringstone this morning after a suspected battery fire.

North West Leicestershire District Council says it had to pause collections in the Coalville area after the crew noticed smoke from the back of the waste lorry during morning collections.

On returning to the depot, crews found discarded batteries and a dumped laptop, which could also have exploded en-route.

Two fire engines monitored the smoking waste as it was cooled. 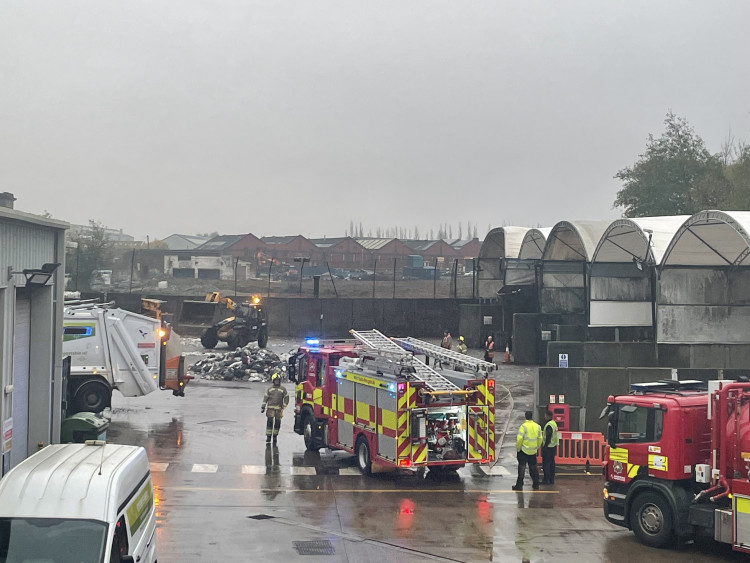 Rounds from across the district were also impacted as crews were unable to use the council's waste depot at Linden Way, Coalville.

Council officials explained that household batteries (A, AA, AAA) contain lithium, which can ignite when placed under pressure and exposed to oxygen.

These are often the conditions batteries come under in bin lorries or crushed under the movement of waste at the council's depot, with potentially dangerous effects.

The council has issued a warning about the disposing of batteries:

The council's waste crews regularly salvage dumped batteries from recycling and waste bins, and at least a quarter of people in the UK admit to binning batteries.

But the local authority says it only takes one rogue battery to cause a fire.

During the festive period, battery use and disposal increases as people put up battery-operated lights and decorations, and buy powered toys and gifts.

Councillor Andrew Woodman, NWLDC's Portfolio Holder for Community Services, said: "Our collections were disrupted this morning while we had a bin lorry out of action and our depot was closed to deal with the smoking waste.

"Thankfully on this occasion no one was injured, and our colleagues at Leicestershire and Fire and Rescue escorted our bin crews back to the depot where we were able to cool the waste and prevent a catastrophic fire.

"If batteries aren't disposed of safely they can explode, with disastrous consequences.

"We offer a fortnightly kerbside battery recycling service, simply place your used batteries in a tub or jar next to your recycling containers for our crews to collect and safely transport."

"They are likely to be crushed or punctured when the waste is collected and processed.

"This can cause a spark and in turn start a fire - putting people's lives at risk and using valuable fire service resources.

"Batteries can be disposed of safely by taking them to local waste and recycling centres.

"Alternatively, many supermarkets have special recycling bins for you to safely dispose of your batteries."

Waste collections were temporarily paused for the incident.

All collections were late completed on the day.