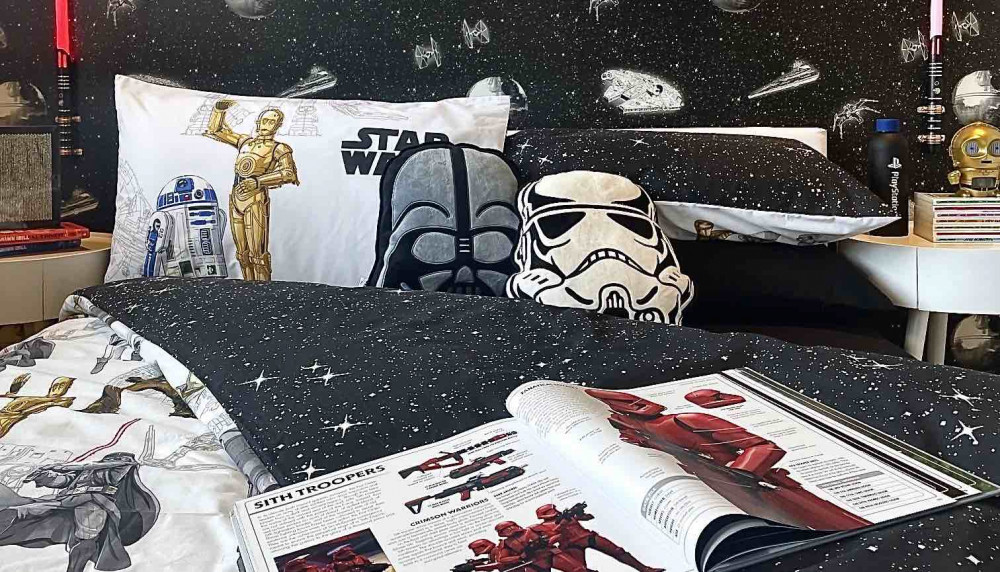 Bellway has unveiled a Star Wars-themed showhome at its new development in Hugglescote.

The housebuilder's interior designers have given the four-bedroom Silversmith property a sci-fi inspired makeover in homage to the area's historical connections to the Star Wars franchise.

For many years, hundreds of local people were employed at the Palitoy factory in Coalville, which produced Star Wars figures for the UK market.

The opening of the showhome at Hugglescote Grange also follows the completion of the roundabout providing access to the site, which stunned eagle-eyed residents with its uncanny resemblance to the space weapon Death Star, from the popular movie franchise.

Bellway, which has also unveiled a three-bedroom Lacemaker showhome, is building 164 homes at the development off Grange Road, including a mix of two, three and four-bedroom properties for sale. 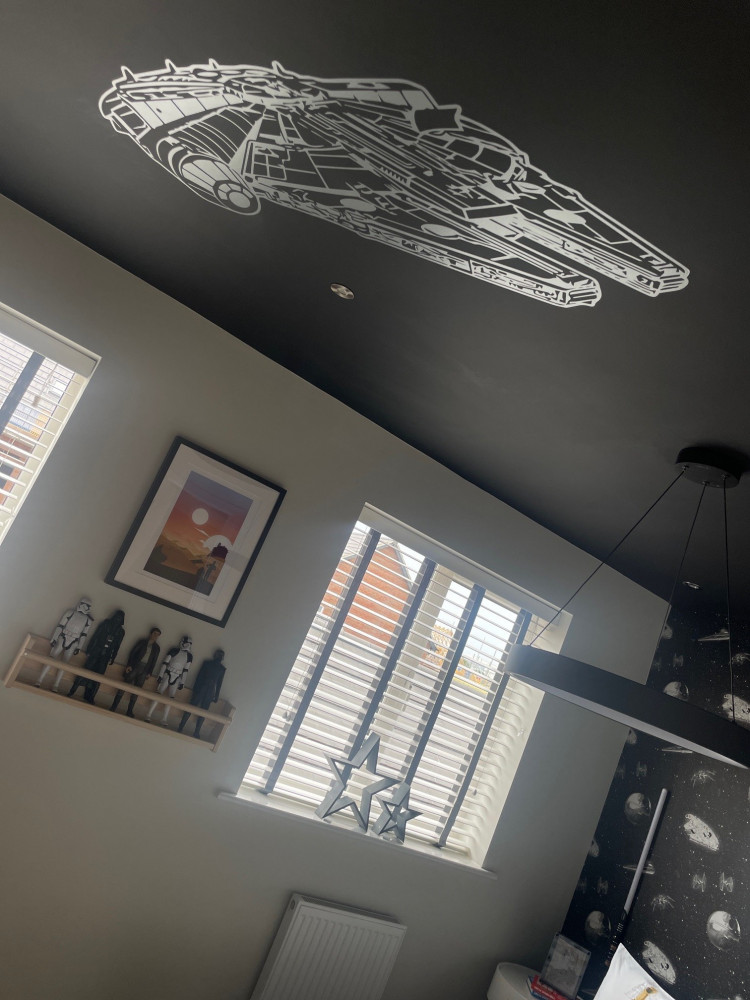 Steve Smith, Sales Director for Bellway East Midlands said: "This was a particularly exciting launch for us as it's not every day we get to unveil a Star Wars inspired showhome to the public.

"Our interior designers have done an outstanding job in creating a thrilling spectacle which transports film fans and house-hunters into a Star Wars paradise.

"We believe it is important to celebrate the heritage of the places where we build.

"As well as being a major local employer, the Palitoy factory's role in producing toys for the Star Wars franchise helped to put the area on the map.

"The response from visitors to the showhome has been overwhelmingly positive.

"The Star Wars theme has generated a huge amount of interest from within the local community, particularly from Star Wars fans and those who have connections to the Palitoy factory.

"The Silversmith showhome is part of Bellway's Artisan Collection, our flagship range of house types which combine modern construction methods with traditional craftsmanship. Visitors to the showhome at Hugglescote Grange will not only be able to see this stunning Star Wars interior design theme but also appreciate the high-specification and finish of the properties we are building here." 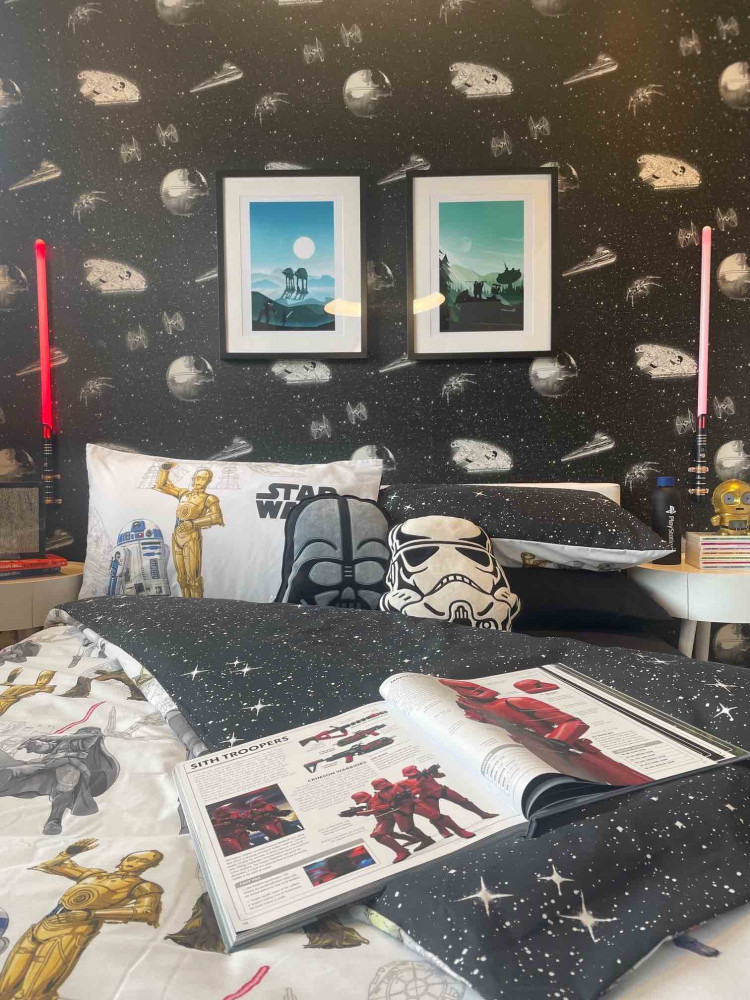 Sian Jenkins, from Show Business Interiors design company, said: "Given the site's proximity to a factory that used to produce Star Wars themed toys, we were keen to incorporate this piece of local history into our plans and deliver a one-of-a-kind design in this children's bedroom in the Silversmith property.

"The room features a dark black ceiling with pin light spots, which helps to create the illusion of a starry sky, with the iconic Millennium Falcon hovering over the base-lit bed to serve as an imposing nod to the famous franchise.

"These features, combined with the light sabre bedsides and bespoke backlight wall, really bring the characters and themes of the films to life, and makes this space the dream bedroom for any young Star Wars enthusiast."

For more information about the new homes at Bellway at Hugglescote Grange, click HERE.