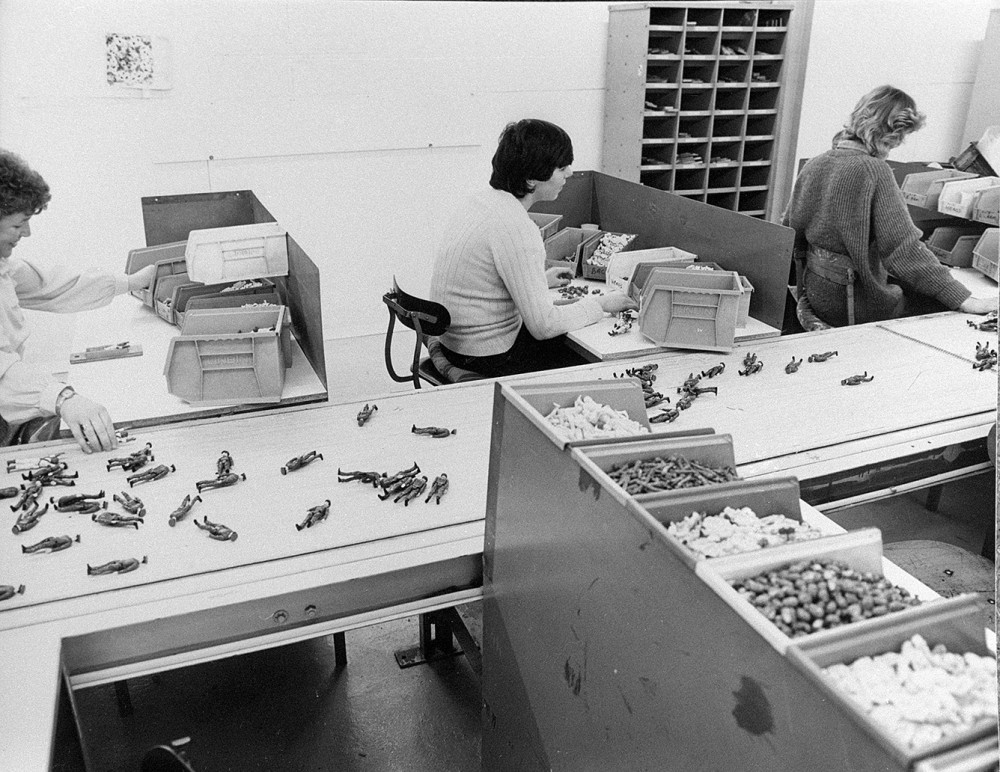 The Action Force production line in Coalville in 1982

A new exhibition at Coalville C.A.N. Community Gallery will celebrate Action Force, the last toys designed and marketed by Palitoy in Coalville.

The Action Force 40 exhibition is FREE entry for all and will be open daily, 10am to 4pm, from Saturday 26th November until Saturday 10th December (excluding Sundays) at the CAN offices in Memorial Square.

Action Force was launched 40 years ago and was created by the marketing and design teams at the Palitoy factory, which was off Jackson Street in Coalville.

Star Wars toys were developed by Kenner, sister company of Palitoy in the USA, and were distributed in the UK by Palitoy.

The first set of figures that were introduced in 1982 was based on the 12 best-selling Action Man outfits, and had new similarly scaled vehicles to accompany them.

But the toy industry does not stand still. Because of the clamour for all things fantasy and space due to the Star Wars phenomenon, in its second year Action Force would make a fantastic transformation.

Baron Ironblood and his Red Shadows were intent on dominating the world and only Action Force could save the day. Stories of the conflict appeared in a popular spin-off children's comic called Battle Action Force.

Today, like so many toys that came out of the Palitoy factory in Coalville, Action Force toys have become very collectable, and are also customised by collectors who create new characters and vehicles.

The Action Force 40 exhibition will display many of the original toys that were made in Coalville and also showcase the talents of the collectors who customise the toys.

Bob Brechin, former lead designer of Action Force and overseer of the development of the exhibition said: "Despite the slump in the sales of Action Man, which I was involved in developing from 1967 (the year after its launch), we created a new action figure range which proved very successful, and even out-sold Star Wars leading up to Christmas 1982. This necessitated the first ever night shift at the factory to complete the Christmas orders. 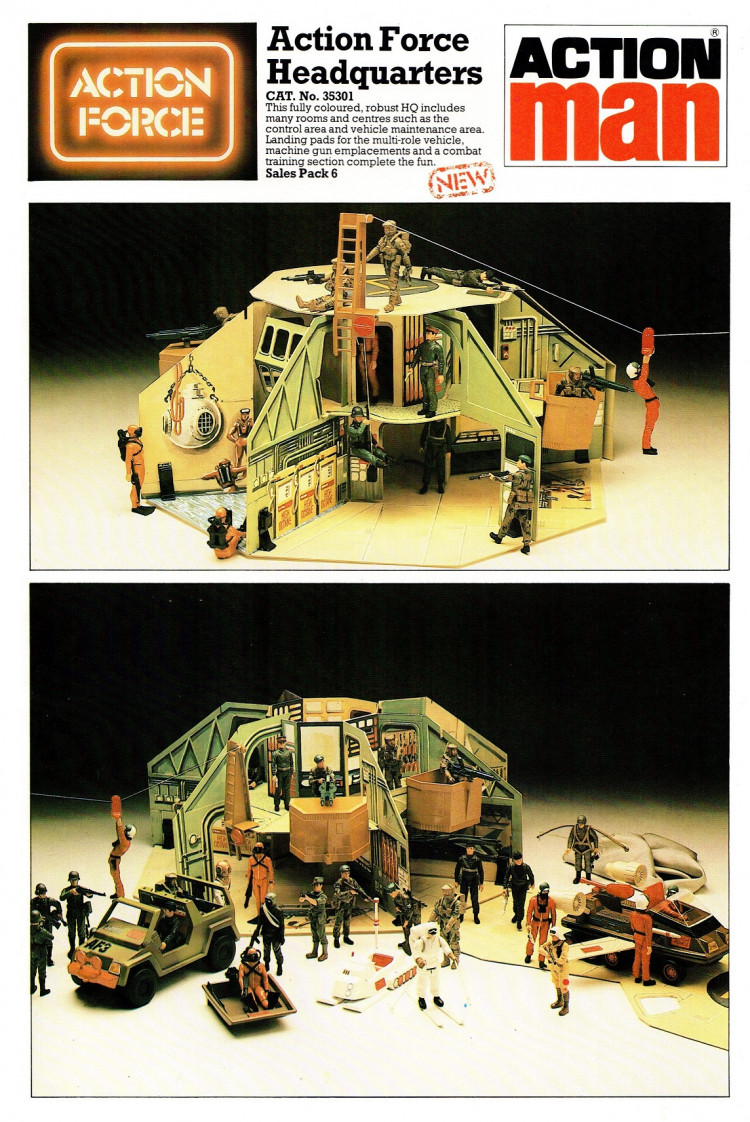 "The story of Action Force from Action Man to Baron Ironblood, who changed his identity to Cobra Commander, will be told at the exhibition. Visitors will be able to see all the original toys, unseen prototypes, concept drawings, and customised examples."

The exhibition has been created through the Coalville Heritage Society's 'Many Faces of Palitoy' project which is supported by the National Lottery Fund.

In addition to the exhibition, there will be a series of talks at C.A.N. On Saturday 26th November and Saturday 10th December, Bob will relate the history of Palitoy and Action Force, and there will be a Q&A session with Matt Paul and David Gillis on the art of customising.

Jim Marshall will also talk about his new comic. On Saturday 3rd December there will be a walk from C.A.N. to the former toy factory for a guided tour. A member of Coalville Heritage Society will give an informative summary of the history of Coalville on the way.

The walk will be about half a mile and good walking shoes recommended.

Tickets for talks and guided tour cost £4.50 per person and can be obtained HERE.